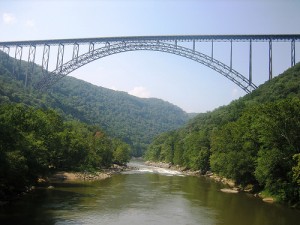 When you’ve just got to cut costs, sometimes you have to find apartments with low rent rates. If you’ve got the flexibility to move to save money, consider one of the following cities — they’ve got the lowest prices on apartment rentals in Colorado.

Let’s take a look at some of the cities from the top and bottom of the list:

Located about 5 miles west of Denver, Wheat Ridge has the highest rent on the list, but it’s still well below the average for Colorado. The city encompasses just under 10 square miles, and boasts more than 300 sunny days a year — more than San Diego or Miami Beach!

The capital city of Colorado, Denver has the highest population of any city in the state with 600,158 residents. Denver is known for its active outdoors lifestyle — located just east of the Rocky Mountains and just west of the High Plains, many residents and visitors spend their time skiing, hiking, climbing, and enjoying river water sports. And if you’re more inclined to lay back and enjoy a brew, they’ve got plenty of those, as well – Denver ranks first in the nation in beer production per capita and second only to Portland, OR in the number of breweries.

About an hour south of the capital, Colorado Springs is the third on our list of the lowest rates for Colorado apartments. The city is more than a mile above sea level, and is also Colorado’s largest city in terms of area. It’s also considered a great place to live and ranked as the best big city to live in by Money magazine in 2006.

With the second-lowest rent in the state, Greeley has fewer than 100,000 residents and is in the northern part of Colorado, around 50 miles north of Denver. The average median family income for the city as of the 2010 census is $55,122. Greeley was named after Horace Greeley, an editor at The New York Tribune who popularized the phrase “Go west, young man.”

Nicknamed the “Steel City” because of its large steel production, Pueblo has the lowest apartment rent of any city in Colorado. It’s a little more than 100 miles south of Denver, and is where the Arkansas River and Fountain Creek meet. Pueblo is home to the state’s largest event, the Colorado State Fair (which includes the largest parade in the state). It also boasts the honor of being the hometown to the most Medal of Honor recipients per capita in the country.

Colorado rentals normally range from an average of $619 per month up to $1,286 per month, depending on which city you’re considering. The cities listed above will give you the most bang for your apartment-renting buck.

How about you? Any luck finding Colorado rentals? Comment below.

Need a Place With Mild Winters and Apartments for Rent in Colorado? 4 Great Cities for Snow-Haters