How Much Should I Expect to Pay for Apartment Rent in Colorado? A Breakdown of Rates In 17 Cities 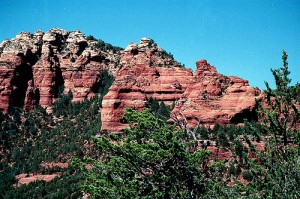 If you’re new to Colorado, you may not know how much it costs to rent apartments in various parts of the state. Here’s a list of 17 Colorado cities with populations of at least 50,000 as well as how much you can expect to pay for rent in that city. Prices range from an average of $619 per month in Pueblo to over twice as much in Highlands Ranch where you’ll pay $1,266 per month.

Here’s a few cities from the top and bottom of the list:

Largely a “bedroom community” outside of Denver, this master-planned community has experienced significant growth during the last 30 years. Highlands Ranch has great parks and a large back country wilderness area. Shopping is plentiful and the community also presents more than 100 community events each year.

Leisure is king in this 10-year old city near Denver. Cherry Creek State Park offers camping, boating, fishing, hiking, and other activities. A gorgeous 18-hole golf course is here and there’s also a brand-new recreation center. Shopping centers are everywhere as are a number of great restaurants. But, if for some reason, you’re not satisfied with all Centennial has to offer, simply jump on the light rail for a quick trip to the Capital.

In the northern part of Colorado, Greely struggles with crime and gang problems. The city works to counter these problems through youth enrichment programs, recreation opportunities, public art, and other family-oriented activities.

The least expensive city in which to rent an apartment on our list, Pueblo also receives much less snow each year than the other communities — only about 33 inches per year. There’s also an average possibility of sunshine 76 percent of the time. Pueblo is a center of alternative energy production for Colorado, taking advantage of high desert winds for turbine power, and also being ranked as the State’s best place for solar energy.

When you get to Colorado, you’ll find that the newer communities that are close to the capital are some of the most expensive in the State and the communities that are farther away often see a significant drop in the cost of rent. Look through the list of large cities presented here and you’re sure to find something you’ll love.

﻿How about you? Any luck finding an apartment to rent in Colorado? Comment below.﻿

Need to Find Apartments in Colorado for Rent? If You Love Skiing, Check Out Apartments Near Resorts

Apartments in Colorado: The 4 Most Expensive Areas With Average Rent Above $1,100